A campaign in Leeds encouraging consumers to recycle some of the most common food and drink packaging has inspired cities in Scotland and Wales to launch their own campaigns. The #LeedsByExample campaign, the UK’s biggest collaborative effort to date to improve on-the-go recycling, started as a six-month trial in October last year. It has doubled the number of people recycling plastic, cans and coffee cups and has recycled 600,000 cups in less than six months. The model will be rolled out in Swansea and Edinburgh later this year and will also continue for a further six months in Leeds city centre.

The campaign has brought together Leeds City Council, environmental charity Hubbub, and recycling compliance scheme Ecosurety to work towards the same goal of improving recycling. Gavin Ellis, co-founder and director of Hubbub says, “We’re thrilled with the campaign’s success so far and it’s the start of a wider ambition – to create a legacy for Leeds and a tried and tested replicable model for other cities to follow.” leedsbyexample.co.uk 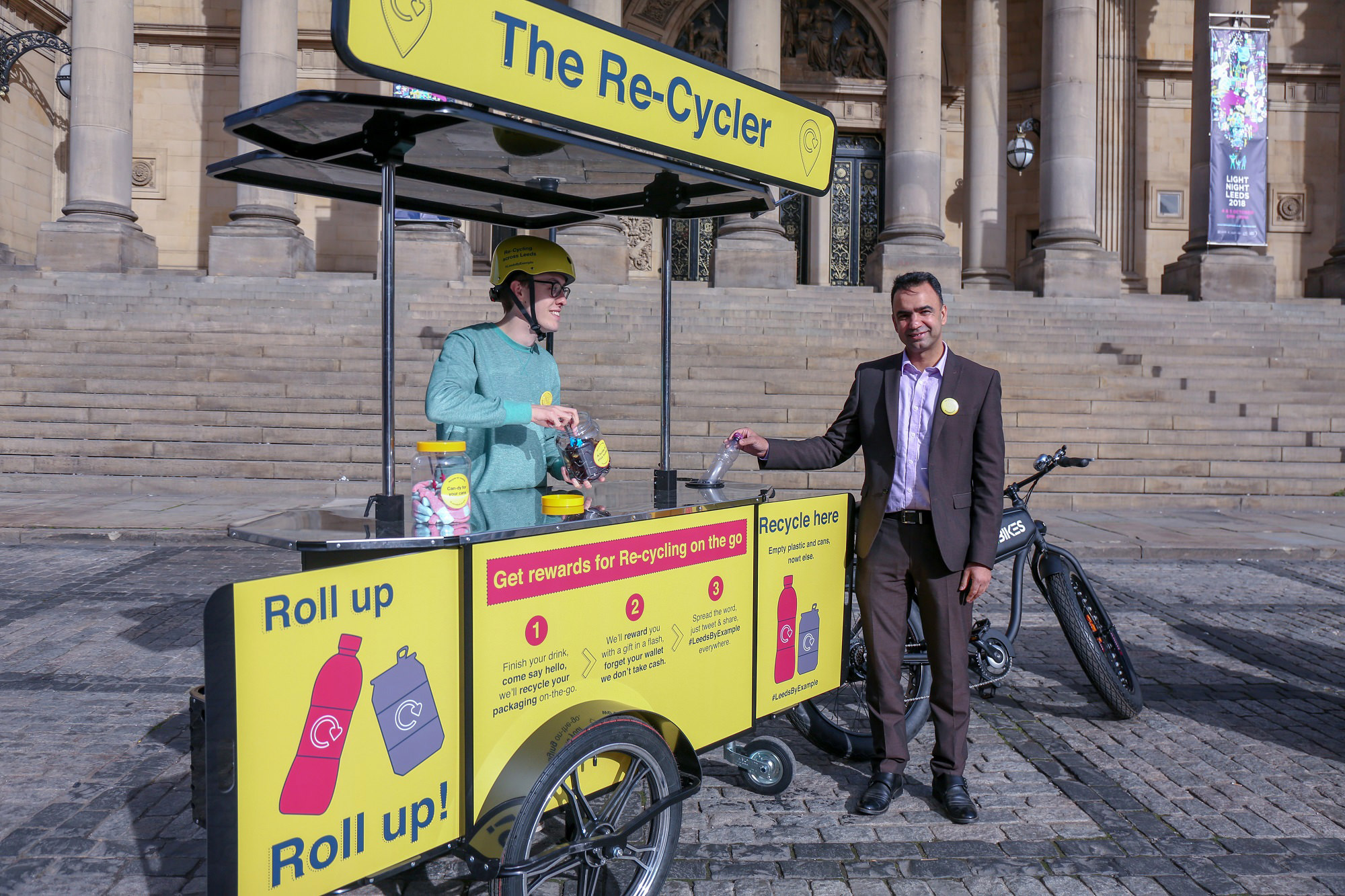