We may have a reputation for being a nation of tea drinkers, but the latte has topped the charts when it comes to our favourite hot drinks — that’s according to Square UK’s first Coffee Shop Report, which has been released today.

The Report analysed sales data from independent coffee shops and cafés across the UK to reveal the busiest time of day for coffee shop sales — between 10am and 11am  — and the average price for a drink in a coffee shop or café — £2.44. The report also showed an 4x year-on-year growth in the popularity of oat and almond speciality milks.

The Speciality Coffee Association (SCA) represents thousands of coffee professionals across the world. SCA Chief Research Officer Peter Giuliano said: “The latte is a popular drink so I’m not surprised to see it top the list, but the flat white’s popularity is worth noting. Starting out in Australia and New Zealand, it’s become a firm favourite in the UK much faster than in the U.S. and Canada, where it’s still something of an emerging trend. What’s most remarkable here is the popularity of tea — it’s a quintessentially British choice that shows no signs of abating in popularity.”

Catherine Seay, co-owner of Curators Coffee in Central London, also noted the trend toward  flat whites: “For us, flat whites are really popular and our most sold coffee by far.

“We are also selling a lot more "take home" beans than we used to — people are investing in high quality beans so they can get that coffee shop quality drink at home or in the office.”

Melinda Roylett, Head of Square in Europe, commented on the findings: “Square is fast becoming the preferred choice for independent coffee shops up and down the country. Our beautifully designed hardware allows business owners to take card payments quickly, easily and affordably, and most importantly, to get their money next working day. That, combined with our powerful Point of Sale software, allows small businesses to access valuable data and analytics in real-time, such as their busiest times, best selling items and seasonal trends.

“This combination has allowed us to pull together these fascinating industry insights, and we’re thankful to all the coffee sellers who have made it possible. We look forward to partnering with coffee shop and café owners for many years to come as they feed the nation’s coffee habits, whatever they may be.”

With Square, small business owners can take credit and debit card payments, as well as record and analyse their sales for cash and card transactions. Square launched in the U.S. in 2009, and came to the UK in 2017. Data in the report represents anonymised transactions from cafés and coffee shops across the UK, from June 2017 to June 2018. 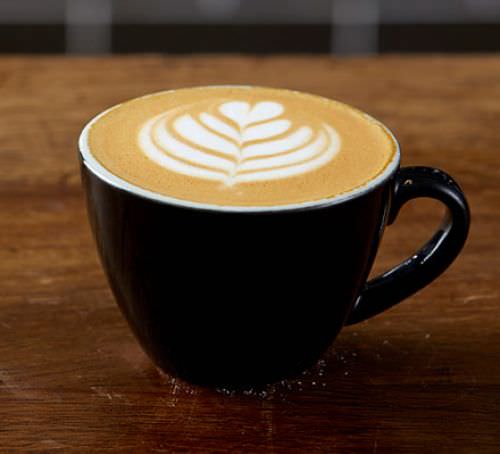 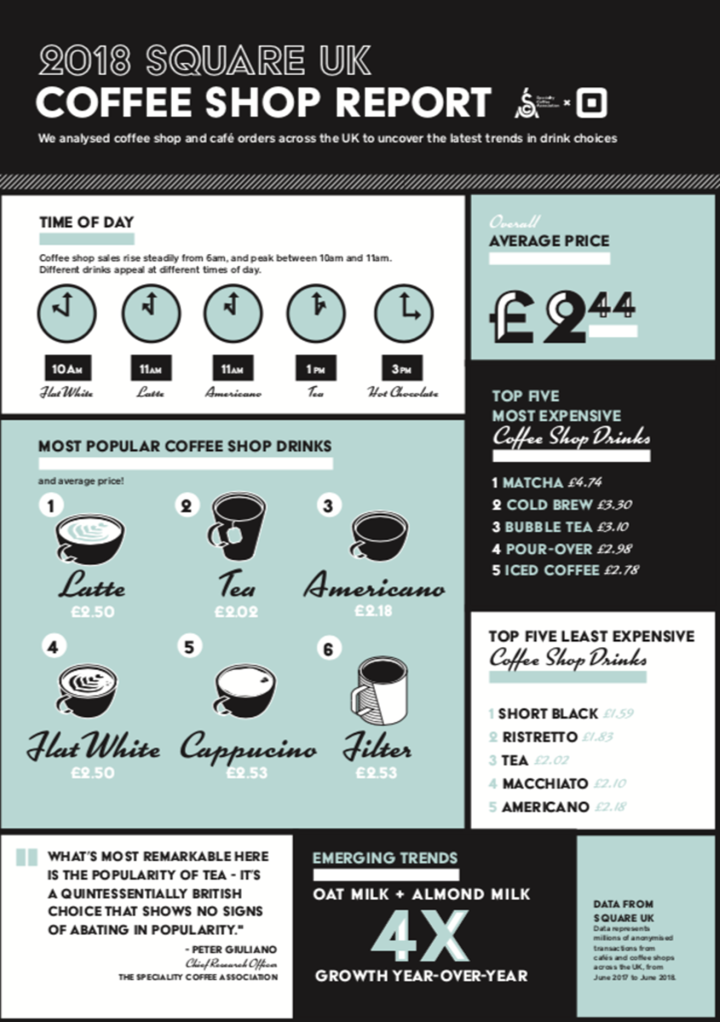