With the boom of plant-based milks - is dairy doomed?

Dairy alternatives were traditionally seen by baristas as sub-standard but cultural shifts and new innovations are turning this mentality on its head, says Oatly’s Barista Market Developer, Toby Weedon

Neither soy nor almond texture or pour in the same way as cow’s milk, and they often curdle, leaving a thick layer of unpalatable foam on the top of a drink. Baristas, unsurprisingly, are obsessed with flavour, so the sweetness of steamed milk is seen as complementary to the acidity of espresso. Soy, almond and coconut milks, on the other hand, can unbalance the cup with their distinctive taste.

Oatly is a Swedish brand, founded by two scientists from Lund University who still have affiliations with the company. For years we have been innovating oat-based products that offer the same versatility as dairy. Our Barista Edition has been on the market for less than two years and during that time we’ve seen a massive demand for the product – in fact in 2017 it was the UK’s number one growth product within the dairy-alternative drinks market. With no signs of slowing down, we know that this is not just a trend. We’ve opened our eyes to what we’re putting into our bodies and we care about how it is produced.

It’s safe to say we are the Post-Milk Generation. Our Barista Edition steams, textures and pours like dairy milk, making it possible to pour latte art. It is also neutral in flavour, with a slight sweetness to balance an espresso. Not only do baristas seem to love its performance and taste, they also love the transparency and ethos of the brand, and this has created a small army of barista super fans!

This enthusiasm has crossed the counter as well. In the early days we were picked up by existing dairy-alternative drinkers, however we are now increasingly finding that consumers are coming from all walks of life. Originally milk alternatives were largely sought out for health reasons, however we’re now experiencing a rise in veganism and a growth in people who want to make healthier lifestyle choices – and they are doing that via their coffee order.

But it goes beyond health. We are in the midst of a cultural shift and becoming more aware of our environmental impact and sustainability and this is resonating within the coffee industry right now. There has been a lot of press recently which has kick-started change – for example, consumers turning their
backs on disposable cups and opting for reusables instead. Sustainability underpins everything we do at Oatly, and we aim to make it easy for consumers to reduce their environmental impact by making the switch from dairy. Dairy alternatives aren’t just for vegans – it’s not uncommon for us to hear about customers ordering an Oatly latte with a ham and cheese croissant! 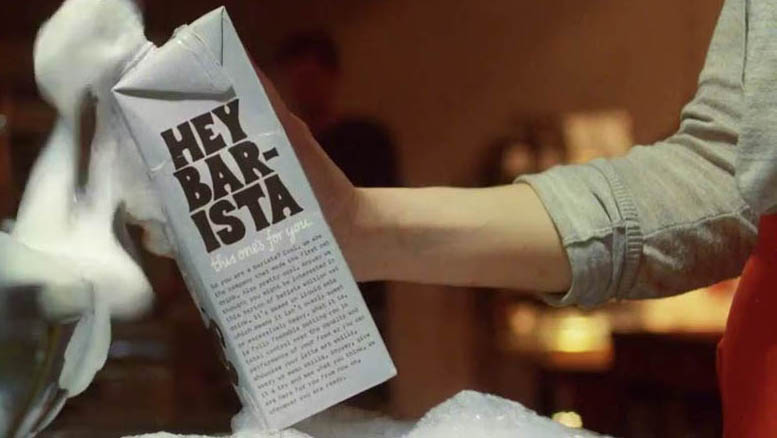