For the first time ever, 100 of the independent coffee shops taking part in UK Coffee Week - the nation’s largest coffee charity fundraiser - will be collecting contactless donations via iZettle, allowing cashless coffee drinkers to tap-to-donate in seconds using contactless or wearable tech. Their donations will go straight to Project Waterfall, an initiative that brings clean water, education and sanitation to coffee-growing communities across the world.

The nationwide cashless collection follows on from iZettle data showing that 90% of all card payments in independent coffee shops are now contactless, with 1,000 cups of coffee sold a minute resulting in £1.4m spent in the shops every day.

Dan Bull, owner of The Espresso Room, is taking part in the collection says: “We're cashless at some of our coffee shops and most of the time our customers have their phones or contactless card out ready to tap-to-pay by the time that they get to the till, so it made complete sense for us to take part in this contactless charity drive.”

Using iZettle’s feature Repeat Payments, the coffee shops taking part will set their iZettle Readers to a fixed amount of £3, allowing them to accept continuous contactless donations from customers. Once a donation is made, the card reader is ready for the next tap within seconds, without any manual input needed from the coffee shop staff.

Jeffrey Young, Founder of UK Coffee Week comments, “Fewer people carry notes and change with them which makes traditional donation boxes less effective. This is why we’re incredibly excited to partner with iZettle. The partnership gives members of the public the chance to tap-to-donate to Project Waterfall in the same way they regularly tap-to-pay £3 for their coffee!”

During the week, contactless collections will also be taken at UK Coffee Week installations at London Waterloo and Kings Cross Station, allowing contactless commuters to tap-to-donate as they pass by.

Edward Hallett, Managing Director at iZettle adds, “With iZettle data showing the UK is clearly a coffee nation, it is time to give back to the communities making that possible. We’re thrilled to support UK Coffee Week 2019 and Project Waterfall in the fantastic work they do to help provide clean water for coffee growing communities.

“By providing iZettle Readers to participating coffee shops, we hope they will accept as many donations as possible as customers can simply tap-to-donate to show their support.”

UK Coffee Week takes place from 29th April - 5th May 2019. Thousands of coffee shops across the nation are taking part in the fundraiser with 100 collecting contactless donations too. For more information visit:

1 Based on data from iZettle, Allegra and Gimoka

2 90% of iZettle’s total coffee payments in the UK are made using contactless. 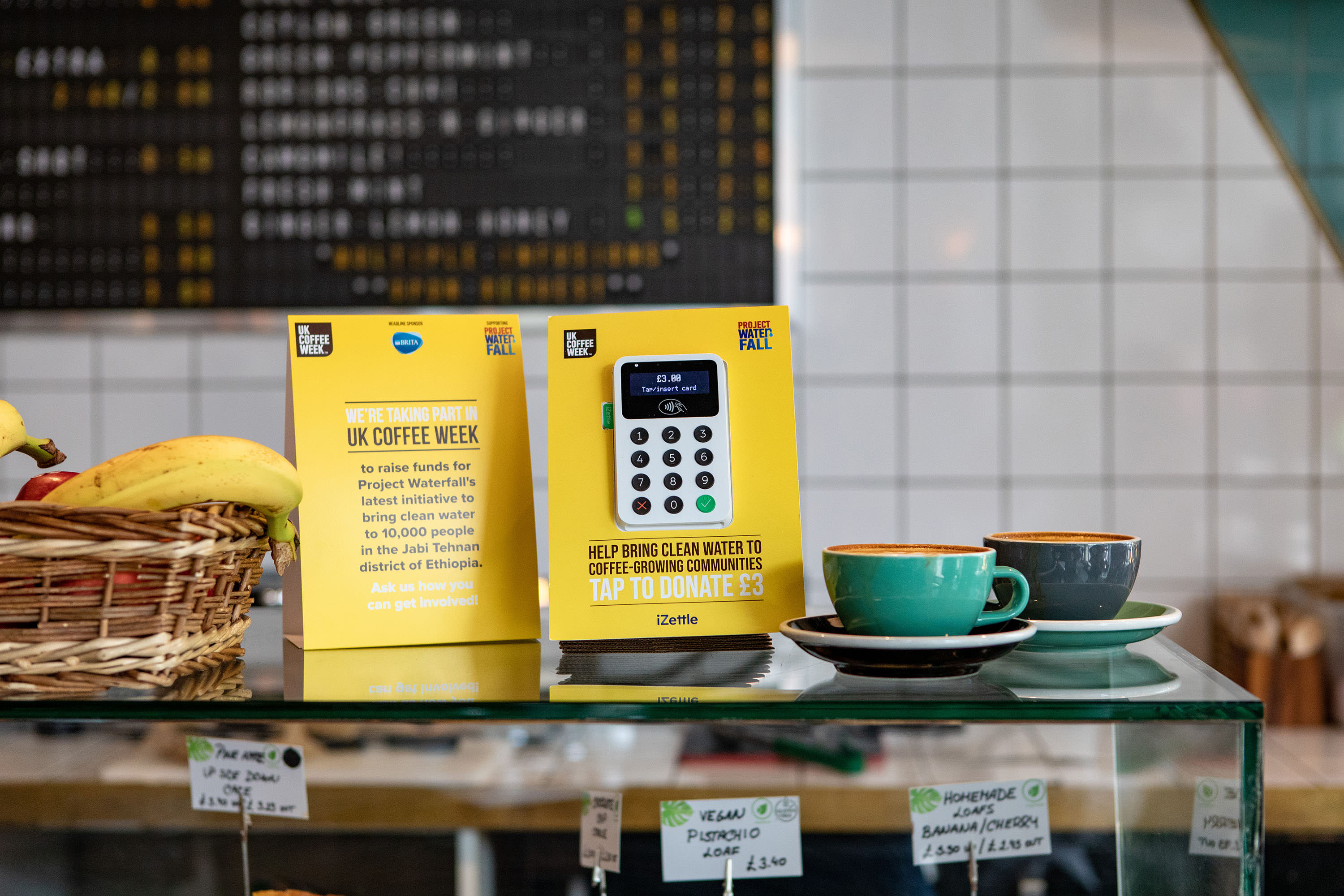 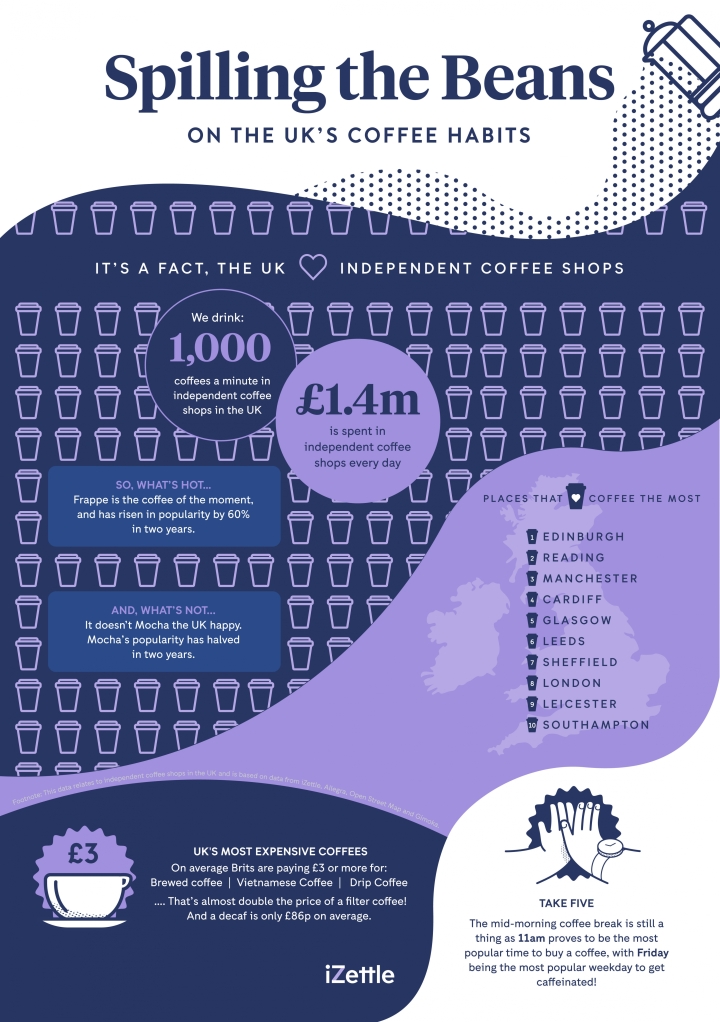