Last week’s relaunch of Caffe Culture has been hailed a ‘resounding success’ from visitors and exhibitors alike. 1,000’s of key industry players descended upon Caffe Culture’s new iconic venue the Business Design Centre to experience the energy and excitement generated by what was seen as a new industry event.

After taking ownership of Caffe Culture last year, Living Media Events and the team behind it, have totally reinvigorated the 13-year old trade-show. Event Director Elliot Gard comments ‘After originally launching Caffe Culture way back in 2006, this feels like a brand-new show. Getting the likes of Maxwell Colonna-Dashwood, Nick Mabey, Dale Harris and John Richardson involved, as well as reinstating the original launch team, has really paid off. With the industry now behind us, we are in a fantastic position to restore ourselves as the trade show in the industry’.

UK Coffee Market Expert, Anya Marco positively pronounced ‘What a comeback! Caffe Culture is now the event where businesses large and small can network, gain fresh ideas and importantly learn about areas of the industry that have never before been showcased. The commitment to sharing knowledge is very evident and certainly a key factor in the event’s success this year’.

Setting the agenda for the show was the inaugural Coffee Studies (2018) Programme, which was a series of ‘TED’ style talks by some of the industry’s most influential and inspirational figures who presented in front of a packed theatre for two days. Completing the Caffe Culture Talks Programme were two other very popular programmes – Caffe Business and Start Up which specifically focused on providing the necessary tools and formulas for building and running successful hospitality businesses.

Another very busy and dynamic feature was the Roasters & Cupping Village, which hosted 12 of the UK’s finest roasters. Paul Kelly at La Marzocco sponsored the feature and was delighted with how the village worked ‘It’s been great to be involved with the relaunch of Caffe Culture and to support the 2018 Roasters Village. The trade experience was exactly what the roasters, and La Marzocco, were looking for over the 2-day event

The organisers were also delighted to welcome back the SCA who were hosting the UK Latte Art Finals after not being involved with the show for years. 20 Baristas competed in what was a very dramatic and tense final, with eventual winner Will Pitts taking the coveted title. SCA Competition sponsor Andrew Tucker at Sanremo verdict on the show was ‘Congratulations – fantastic resurrection of a failing event!  Great job.  Well done’.

As the show’s centrepiece, Dale Harris’s interactive sensory installation ‘Flavour Pathway’ was extremely well received by the industry, which took 100’s of visitors along a journey of discovery around the complexities of flavour and how we taste coffee.

Of equal significance, was the successful launch of Caffe Gelato which as a new feature and with the fantastic support it received from a number of key suppliers in the industry, is an area set to grow.

One of the main barometers measuring the effectiveness of a show is the rebook. With 45% of exhibitors already signed up for next year, and a long list of former suppliers wanting to come back, the future of Caffe Culture looks in great health. John Richardson’s very succinctly summarises ‘Cracking couple of days. More energy than I’ve seen in years’!

‘Plans are already well underway for next years’ show, which will again see the introduction of some exciting new features and key industry suppliers, so all will be revealed in the coming weeks’ were Event Director Elliot Gard’s final words. 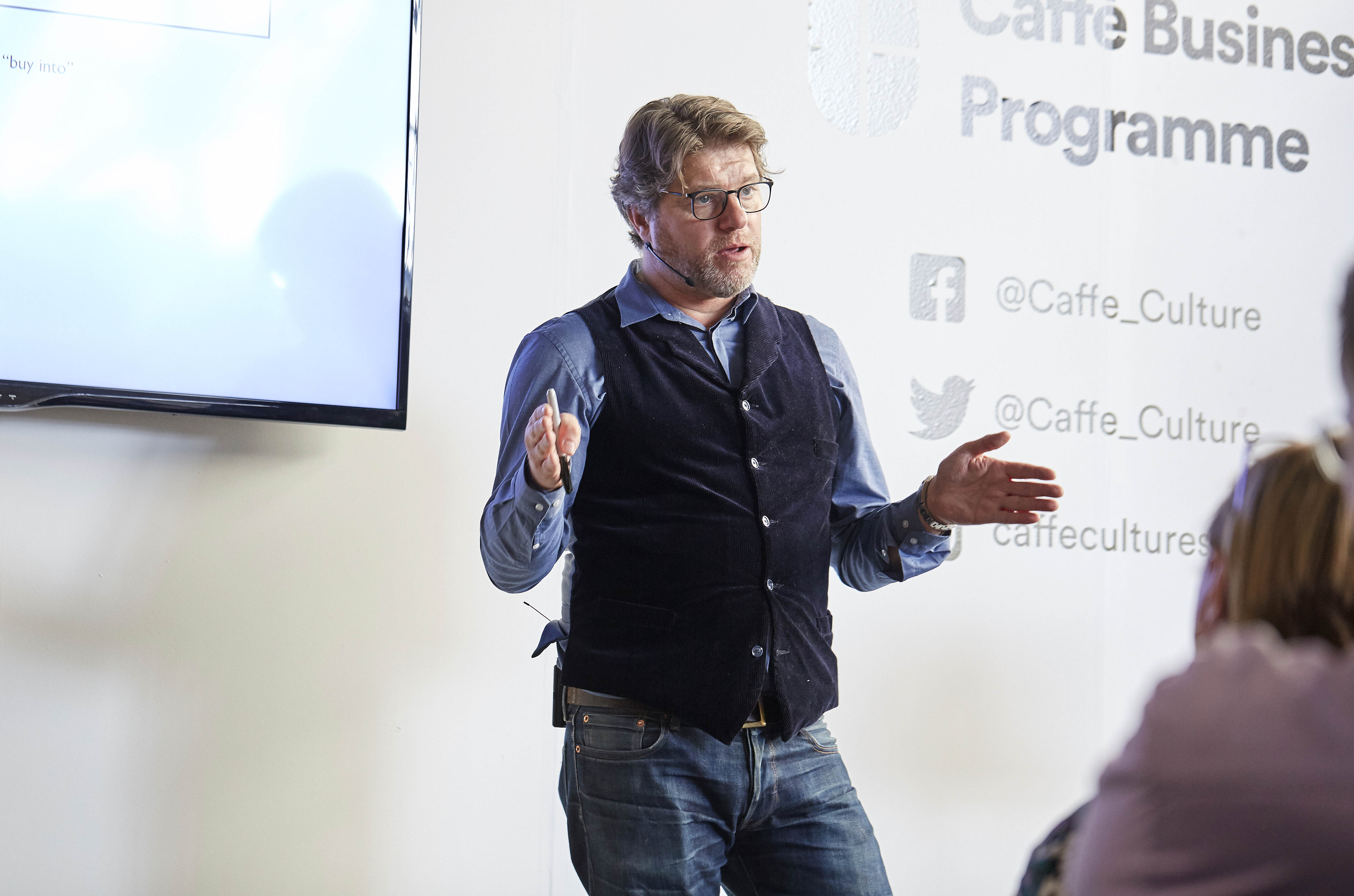