James Turton of NaturePac reveals why their new compostable, recyclable coffee cups will appeal to forward-thinking operators and address confusion over recycling

Today the demand for packaging that is kinder to the planet has never been greater and an increasing number of eco-conscious operators are seeking sustainable packaging for their businesses. Yet despite innovations to make going green easier, there’s still confusion surrounding recycling and alarming stats on the volume ofpackaging that ends up in landfill. NaturePac, a family business specialising in compostable packaging for the food-to-go sector, has long been ahead of the curve: around five years ago they launched their fully
compostable and recyclable takeaway boxes (‘meal pails’) made from paperboard with an aqueous water-based coating, making them leakproof without the need for plastic, meaning they can go through existing paper waste streams without using specialist recycling – the reason most coffee cups are not recycled.

Now NaturePac has overhauled their bestselling, highest volume product – the coffee cup. Like their meal pails, the new cups are 100% compostable,100% recyclable and made from 100% sustainable sources. If they don’t make it into compostable facilities they will still break down without any harmful residues. “Being both compostable and recyclable is the holy grail for us because it doesn’t matter what the consumer does with it after they’ve finished,” says NaturePac’s operations director, James Turton.

How have they achieved it? It’s all in the lining and the sealing. “Technically, all cups with a PLA lining are recyclable but rarely are because it’s such an expensive and energy-intensive process to separate the components,” says Turton. Less than 1% of cups are recycled; the other 99% go to landfill or are incinerated. There’s also growing concern about microplastics – tiny plastic fragments that bypass filters and contaminate rivers and oceans, finding their way into the food chain.

NaturePac’s new cups will have industrial compostability certification and will look like current cups. The only difference is they will be restricted to liquids up to 92 ̊C (anything hotter will weaken their rigidity), but for coffee this is not an issue. In testing the ‘sticking point’ has been on sealing the cups; traditionally, disposable cups have a two seals created by melting the plastic liner. NaturePac’s challenge was to find a factory that could create two watertight seals without PLA or plastic. “The aqueous coating is a heck of a lot more difficult to create a permanent seal,” Turton says.

Alongside the technology behind the cups, much of the development has involved working with local councils and waste management companies on closed loop systems for operators and consumers to feed into. Education is key, believes Turton, whose team focuses on explaining to customers about the differences between biodegradable, compostable and recyclable. “One of the key values will be teaching the public that the cup doesn’t need any special treatment,” says Turton. Including compostable and recyclable symbols on the cups, that are instantly recognisable by consumers, is also crucialto convey the message. “On the bottom of the cup we’ll put our paper recycling symbols and make it blatantly obviously on the cup face too. We will be highlighting the fact that there is absolutely no plastic in it.”

Turton says customers usually fall into two camps, “Those who clearly see the benefits for both the environment and their business. The second is initially sceptical but when you start educating around it, price becomes less of an issue,” he says. And with a wholesale price at anegligible 1-2 pence more per cup, most
operators find they are happy to cover it.

For now, cup lids will remain as NaturePac’s compostable PLA range – they have explored other options but weren’t happy with the way they attach to the cups – and after rolling out their cups, they will turn to the lids.
It’s all about taking small steps in the right direction. As Turton summarises, “Instead of one person doing things perfectly, let’s have everyone doing things imperfectly.”

Compostable materials are made from sustainable and renewable sources including PLA, which is derived from corn and cassava.

Bagasse is a compostable and biodegradable material, produced using natural fibres such as bamboo, recycled sugar cane and reed.

Compostable materials break down into CO2, water and organic matter with no harmful effects to the environment. They also enrich soils.

Compostable packaging generally has a smaller carbon footprint than its fossil-fuel alternatives.

“We chose NaturePac because sustainable and compostable packaging forms the core values of our business. It can be difficult to navigate through some of the ambiguity around packaging. NaturePac helped us through this minefield to find the right packaging solution. Working with a friendly, honest and dependable company that represents quality and value – what more do you need from a company!” 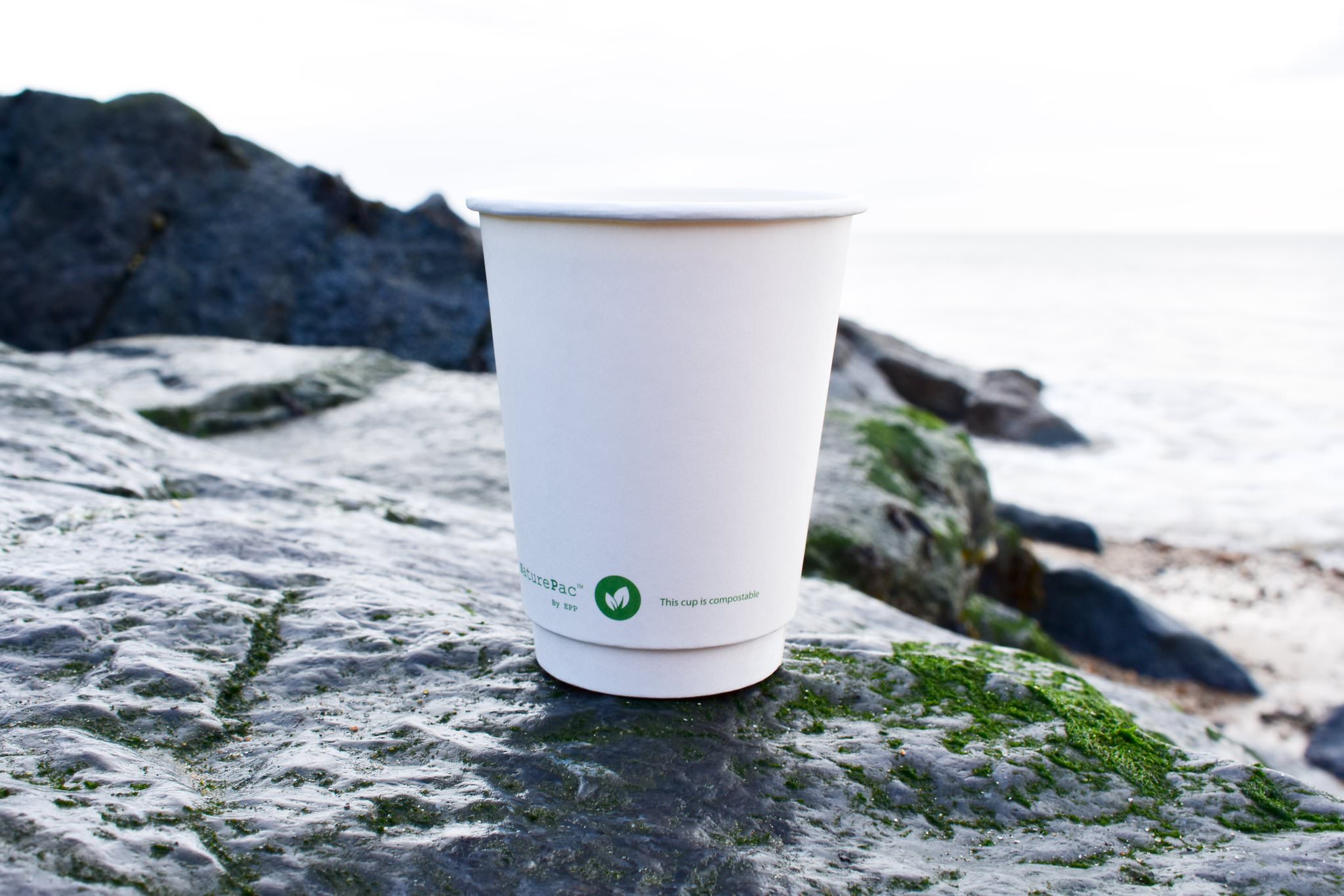